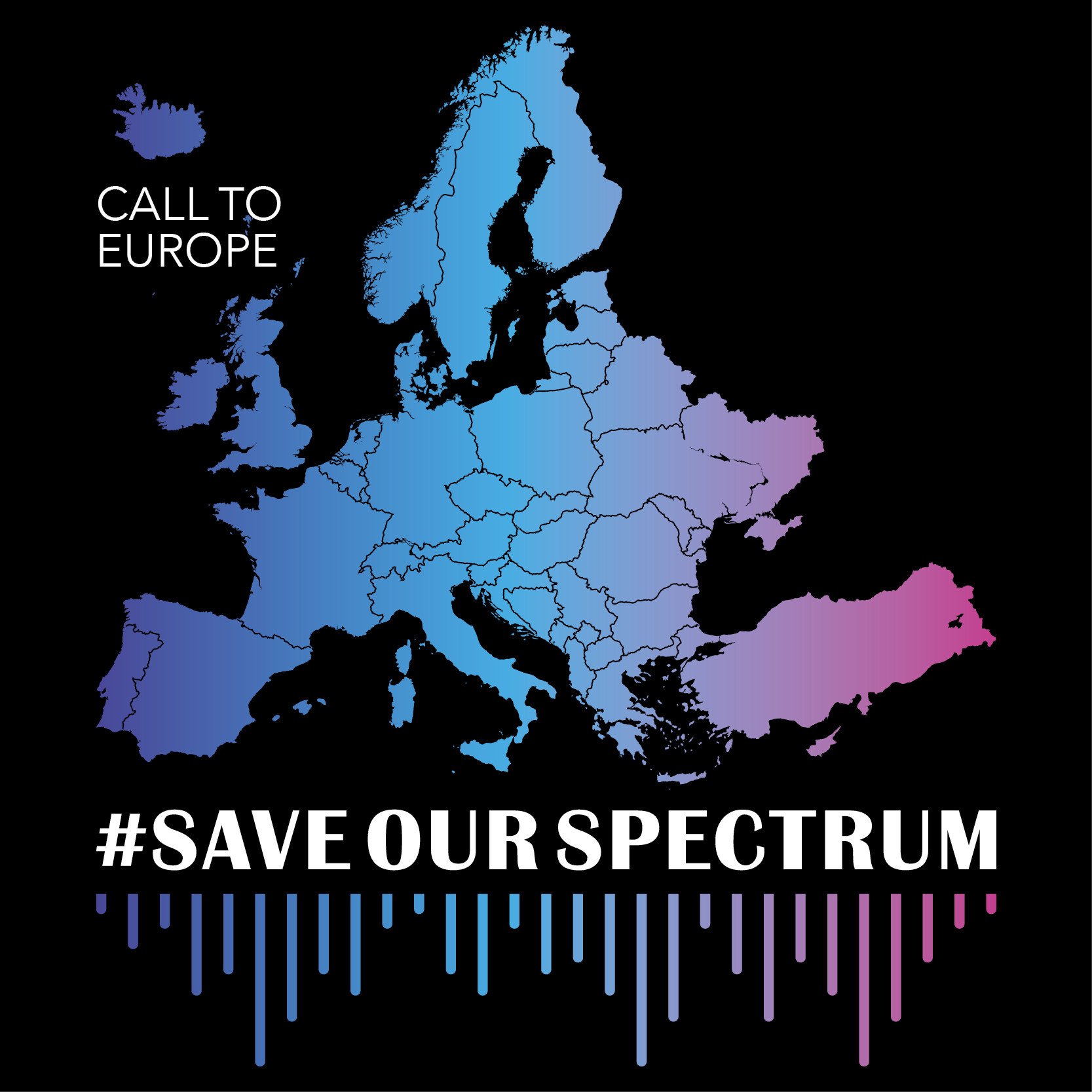 57 associations and companies active in the broadcasting and cultural industry from 18 European countries have joined forces in a “Call to Europe” to urge policymakers and regulators to preserve the Lower UHF Band (470-694 MHz) for broadcasting and wireless production equipment (PMSE: Programme Making and Special Events).

The future use of this band after 2030 will be decided at the World Radiocommunication Conference 2023 (WRC-23). At stake is the future of the most widely used TV infrastructure in Europe – 80 million or 43% of European Union households watch TV via Digital Terrestrial Television – and of productions for culture, media and events of all kinds. They use equipment such as wireless microphones and in-ear monitor systems for concerts, conferences and almost every other event. It is only possible for broadcasting and PMSE to continue to efficiently share spectrum and develop innovation further if the use of the entire Lower UHF Band is preserved. Without access to this spectrum, terrestrial television will not be possible anymore.

In the event of a disaster or of a crisis, terrestrial broadcasting ensures that the population remains informed about the situation, if necessary for days and weeks. Broadcasting transmissions have proved to be more secure regarding natural disasters.

Content producers (PMSE) – either professionals or amateurs – need UHF frequencies for the proper operation of wireless microphones, in-ear systems, talk-back systems and audio links, especially in the context of live events. It enables touring musicians and artists to travel throughout Europe with their own sound system and keeps churches, schools and all other types of meetings and associations running. In addition, broadcasting services need those devices for their high-quality productions. Trade fair organisers, universities and many others also depend on these frequencies.

The future use of this band after 2030 will be decided at the World Radiocommunication Conference 2023 (WRC-23). Before then, all countries are developing their national position. All of Europe needs the frequencies from 470 to 694 MHz for culture and broadcasting.

For our free society!