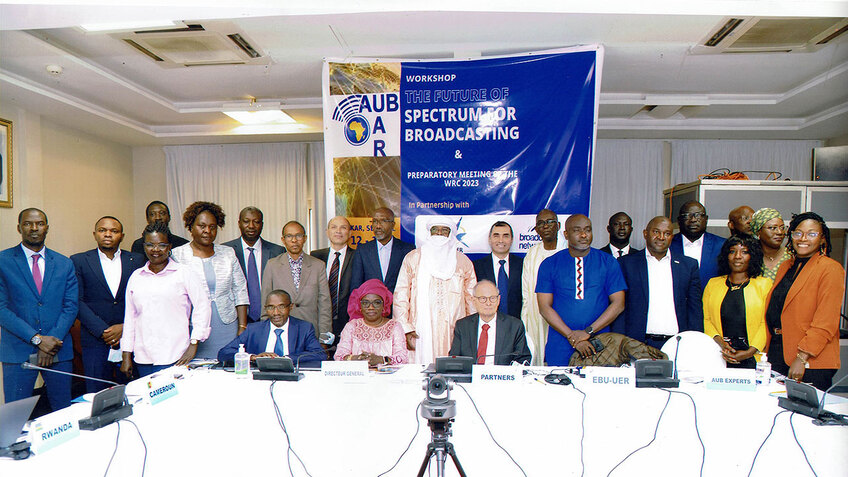 The African Union of Broadcasters (AUB) has declared support for a “No Change” position by African states on the use of the UHF band at WRC-23. The Union had originally reached the decision in April and has now published an official statement on its website.

The move follows intensive consultations between the EBU and AUB on the topic, in the lead-up to the ITU World Radiocommunication Conference 2023 (WRC-23), which globally coordinates the use of radio spectrum by wireless services.

The UHF band is used by terrestrial broadcast and wireless audio and video production systems around the world. Parts of this radio spectrum are currently under review, with mobile network operators hoping to absorb new frequencies for commercial exploitation.

The EBU and others are arguing that such a move would do little to improve mobile coverage in underserved regions, but that it would hamper access to information through broadcast services that currently do reach those same regions. “No Change” would ensure that those services can continue to operate.

“The arguments in favor of ‘No Change’ range from political to technical, from economical to social, and from environmental to regulatory”, says EBU Senior Project Manager Walid Sami, who represents the EBU in the consultations with African and North African broadcasters.

The collaboration between both unions includes detailed exchanges on the ITU preparatory process for WRC and reports on the progress on studies in the ITU group in charge of the UHF agenda item 1.5 of WRC-23.