What about wireless microphones?

What about wireless microphones? 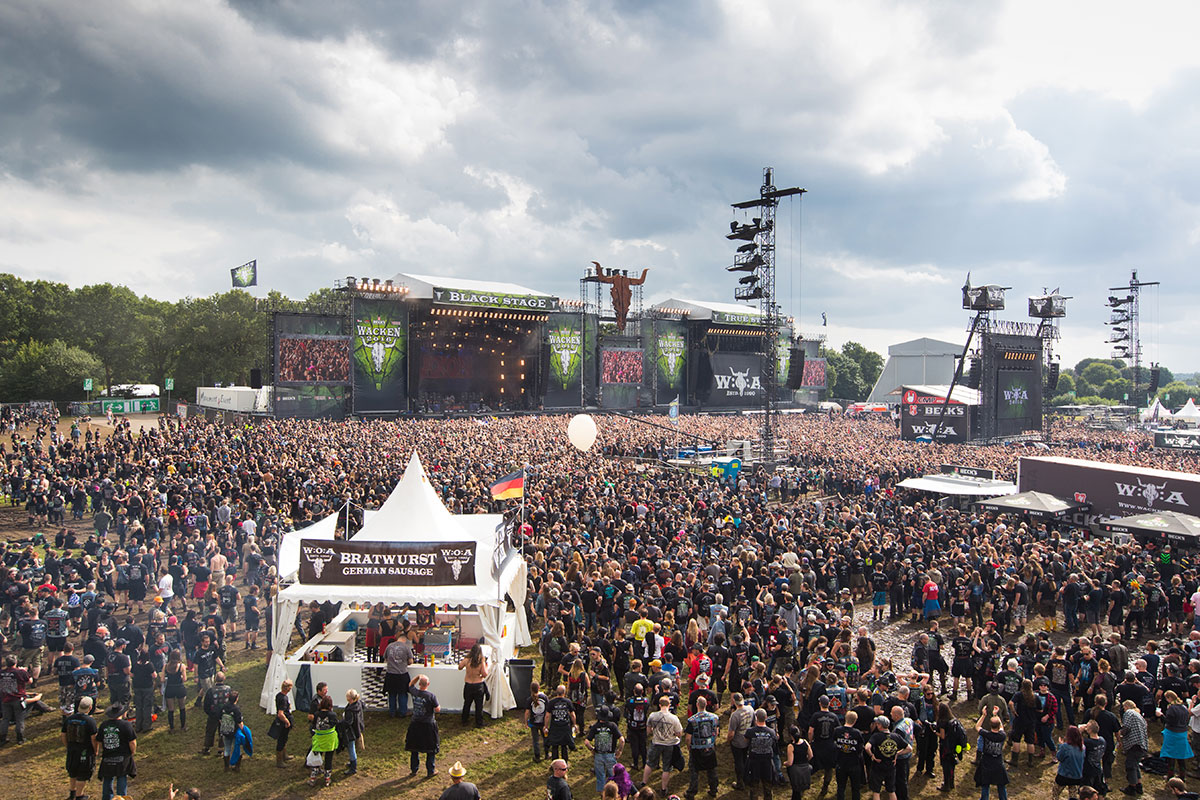 Wacken 2016: According to the organisers, the festival was attended by 75,000 paying visitors as well as 9,500 other participants like performers, technical personnel, stagehands, media representatives, VIPs, paramedics, security and public officials. Photograph: Rolf Klatt / source: http://www.wacken.com

Festival visitors consider good mobile reception very important: Only this way can the experience be shared with others by means of videos and photos on a smartphone and the internet and social media be accessed. In Germany, however, a wide range of the radio spectrum is reserved for the transmission of mobile data. For this reason, the frequency range is not sufficient for stage performers using wireless production equipment like microphones. However, this is the actual reason for the visitors to attend the festival: the music and the experience.

This lack of spectrum is particularly noticeable at large events. This might also be an issue for Wacken Open Air W:O:A – today, the largest heavy metal festival worldwide.

From naught to sixty

With 1,832 people living there, Wacken is a small, sleepy place in Schleswig-Holstein. Something of a cultural wasteland. There is a marching band of the voluntary fire brigade and a mixed choir. On the first weekend in August, however, Wacken becomes a mecca for heavy metal fans. Wacken Open Air W:O:A. is visited by 85,000 people. For three days, the infrastructure of a small town has to be set up. 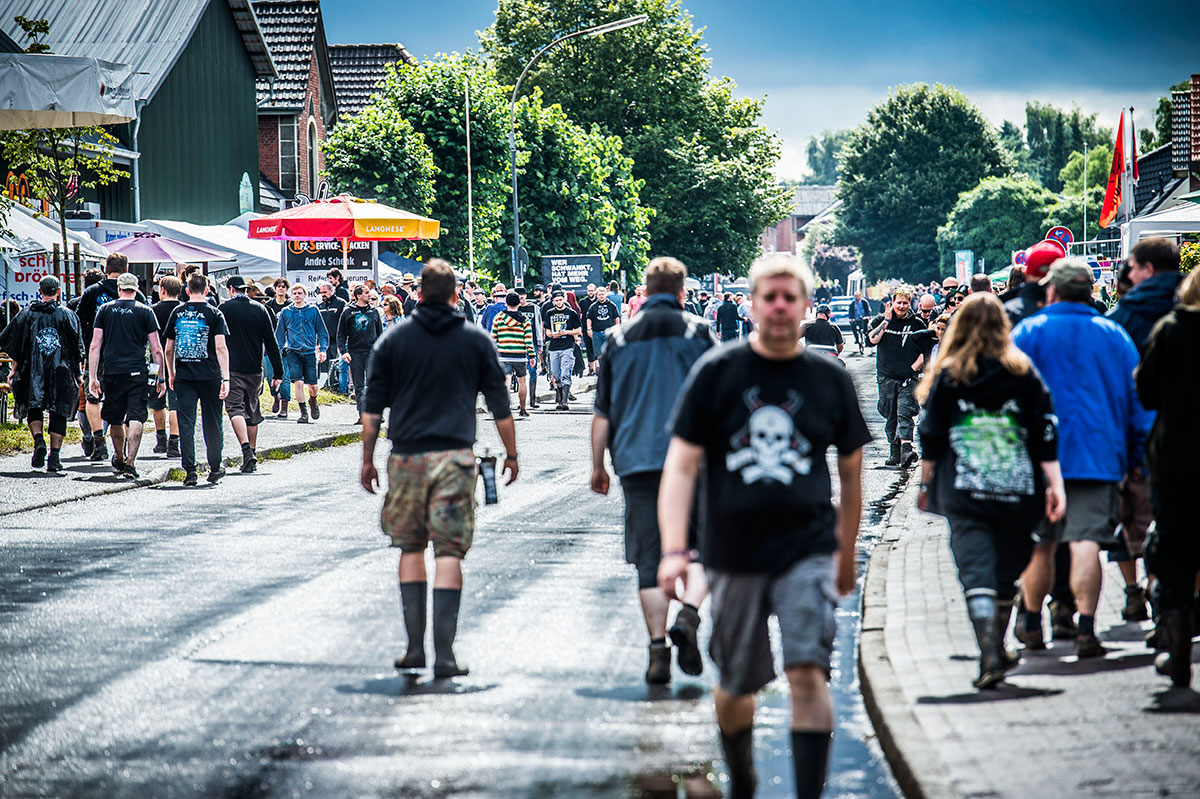 Organising the festival is a massive undertaking. This includes booking of the performing bands as well as arrangement of the line-ups. Organisation also includes preparation of the festival site, the camping area and traffic routes, accommodation and catering for visitors as well as coordination of paramedics and police security. The required equipment is transported with more than 2,000 trucks. For the equipment of the performing bands, 65 additional trucks are required.

Nowadays, W:O:A has become an economic driving force for the entire region. The festival results in annual earnings of more than 30 million euros. The organisers have been supporting the community for many years. Among other things, they donated one million euros to renovate the public swimming pool and regularly make donations in kind to support children and youth, for example to the local kindergarten and school. Numerous companies have also recognized the value of Wacken. A network operator installed a fibre optic network in the village. 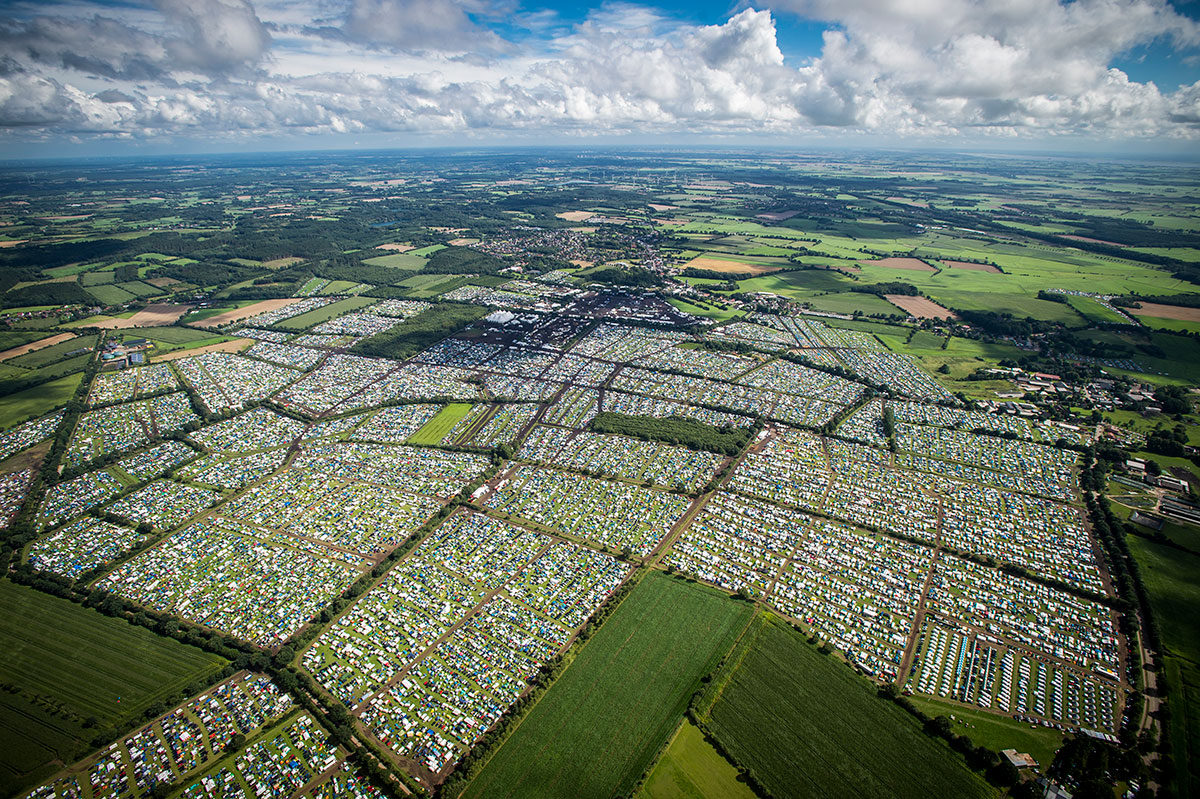 The festival site from above. Photograph: Olaf Malzahn / source: http://www.wacken.com

Once everything is set up, 157 bands from all over the world perform on eight stages over a period of three days. With its own online TV and radio channel, broadcasts by established TV channels and recording of concerts for later video and sound analysis, the festival is comprehensively marketed. According to the organisers, these marketing revenues are essential for financing the event despite ticket prices of 170 euros. For recording, systems with multiple fail-safe features are put in place, to be prepared for all contingencies.

It’s all about the sound and the show

For sound transmission, wireless as well as wired microphones are used on the stages. Additionally, all performers use in-ear systems. For wireless production equipment, frequencies in the UHF spectrum are mainly used. In 2015, the Association of Professional Wireless Production Technologies (APWPT) carried out comprehensive measurements on allocation of the frequency spectrum.

The frequency scan of the festival shows that the spectrum in the range between 470 and 862 MHz is occupied by only three TV channels and LTE in the 800 MHz band (figure 1).

Figure 1: The three active TV channels in the village of Wacken are clearly visible. Other major peaks in the 800 MHz band indicate that mobile data networks are realized by mobile communications with LTE. Apart from that, the entire frequency spectrum is practically free. In the figure, the frequencies are specified in kilohertz (kHz). For example, 480,000 kHz are 480 MHz. Source/graphic: APWPT

This situation changes abruptly when the festival begins. Then, the spectrum is densely occupied without leaving any gaps. All users must keep strictly to their frequencies not to create any disturbances for others. This requires high discipline from sound engineers. Everybody tries to avoid any disturbances for themselves or others to prevent any production issues.

Figure 2: During the festival, the entire available frequency spectrum is intensely occupied by the radio signals of wireless production technology. Source/graphic: APWPT

The measurements by APWPT illustrated in figure 2 clearly illustrate the mobile network channels in the 800 MHz band (digital dividend 1), which in 2015 was already used in Wacken for mobile communications. For example, Vodafone sets up a dedicated mobile base station to enable festival visitors to phone and use the internet.

If mobile communications providers are going to extend their networks in the 700 MHz frequency band in the future (digital dividend 2), this will lead to a considerable loss in spectrum for wireless microphones and in-ear systems (refer to figure 3). Currently, nobody knows how this loss can be compensated.

Figure 3: The losses in the 700 MHz frequency band due to the last frequency auction (digital dividend 2) are marked in yellow. At the first digital dividend in 2010, the 800 MHz frequency range to the right was mainly auctioned to mobile communications. The spectrum to be allocated instead for wireless production equipment in the future is still unclear. Source/graphic: APWPT

With the two digital dividends, the UHF spectrum for terrestrial TV and wireless production equipment was reduced to approx. half.

In the near future, reliable substitute frequencies, which will in any case also require new equipment, have to be allocated to avoid any restrictions. Otherwise, more wired equipment will have to be used instead. Set-up and wiring of stages is going to take longer and costs for personnel will increase. Performers will be required to adjust their show accordingly as cables will restrict them in their movements. 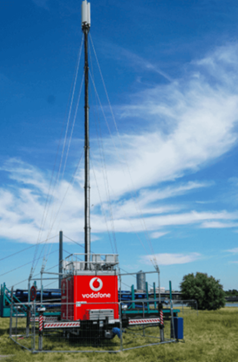 Mobile LTE base station near Düsseldorf.

However, there are substitute frequencies for numerous applications which are also identified by the EU Commission and recommended by the member states for implementation. They only have to be included in national frequency spectrum laws. This could even be realized on short notice. In Germany and most other EU statues, however, politics react too slowly and without sufficient determination.

Artists are also going to suffer

Today, artists earn their money mainly from stage performances. The sales of CD have plummeted and earnings from streaming services are hardly worth mentioning. At concerts, fans expect not only music but also increasingly spectacular stage performances. The possibilities offered by wireless production technology are absolutely essential. They are the prerequisite for allowing artists to move freely anywhere on stage and in the crowd and to enable remote control of numerous effects on stage.

The future of music festivals in Germany

Wacken, with its mobile LTE base stations for virtually unlimited internet access on one hand and the resulting restrictions for artists and productions on the other hand, shows the conflict. Increased mobile communications resulting in a reduction in frequency spectrum for wireless production equipment may lead to the end of W:O:A as we know it today. And Wacken is just one example. All over Germany, large music festivals – and respectively the cultural and creative industry of an entire country – face the same threat. To protect this important industry in the long term, politics have to act now and implement the frequency recommendations of the European Union.