Battle for spectrum enters its next crucial round

Battle for spectrum enters its next crucial round 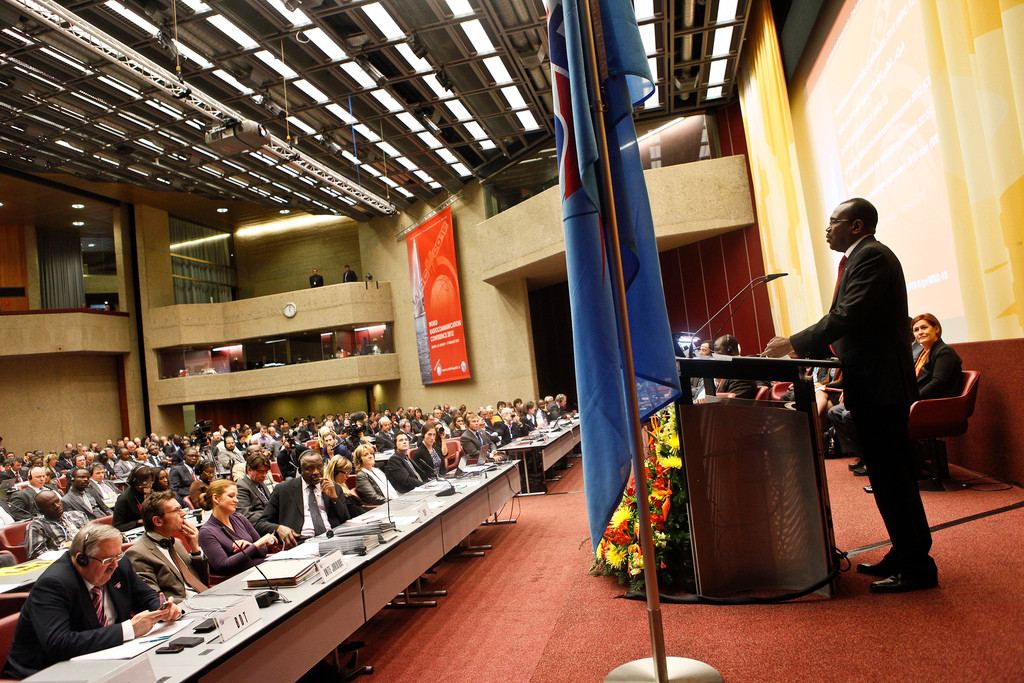 Following the auction of “Digital Dividends 2” to the mobile telephone network operators, users and manufacturers of wireless production technologies repeatedly find themselves confronted with significant losses of spectrum. This acute shortage of frequencies is threatening the culture and creative industries. Now, the next crucial decision about the future direction is about to be made for Germany, too: in November, the World Radiocommunication Conference (WRC) 2015 is being held in Geneva, Switzerland. It will establish at international level which frequency ranges may be used in future by individual services, such as the military, mobile phone network operators, radio and PMSE. The conference is being organised by the International Telecommunications Union (ITU), a subsidiary of the United Nations. Matthias Fehr, President of the APWPT[1], will be present in the German delegation and will represent the interests of professional wireless production technology. Is there a prospect of better things to come at the WRC 2015? What will be the crucial factors? In an interview with “SOS – Save Our Spectrum”, Matthias Fehr provides a glimpse behind the scenes.

Mr Fehr, what precisely does the World Radiocommunication Conference (WRC) do? 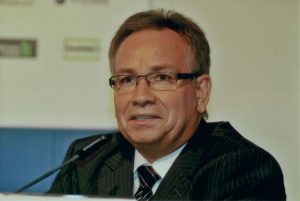 At its heart, it is about the international radio and telecommunications treaty, a binding document in international law. It determines which frequencies the individual radio services may use. The role of the WRC is to update the document every three to five years. The conference takes place at that interval.

On first impression, that does not sound particularly complicated.
But it is. The WRC is an absolutely mammoth, marathon event and lasts for a total of almost four weeks. Around 3,000 delegates from more than 160 countries will be taking part. And the interests of the individual countries and groups of countries are very varied. It is therefore extremely difficult to reach majority decisions and consistent regulations. Ultimately, the WRC can only ever agree on a very small number of compromises, much like the World Climate Conference, for example. Existing radio services want to retain their spectrum, of course, and new services try to take a little away from the established ones. This is the main battle that takes place at the WRC.

And how does the conference reach its decisions?
In a long and complex process of meetings and voting rounds. The Opening Session is being held with the first plenary meeting on 2 November, but the decisions will only be taken by vote in the Final Plenary on 27 November. The Final Plenary is absolutely crucial. Throughout the conference, you are essentially trying to organise majorities and get enough people on your side. That means: plenary meetings with all delegations every week. And thousands of advisory sessions and informal chats in the breaks in between, all of which fill the days. An 8-hour day is not a rare occurrence at conferences of this sort, so the participants have to be fit.

Under the heading “Find a solution for SAB/SAP[3], the WRC 2012 commissioned a study[4] of PMSE – to find out, in other words: how is it possible to continue using PMSE effectively after “Digital Dividend 2”? A so-called Joint Task Group (JTG 4-5-6-7) was set up, in which I also led a working group, to work on the study. It compiled a final report of almost 100 pages (BT.2338, download here) with suggestions for decisions at the WRC 2015. It is now a question of the WRC taking account of these suggestions and turning them into decisions in a helpful form for PMSE users.

What are the specific points from the APWPT perspective?

How do you rate your chances of success? Will the conference turn these suggestions into resolutions? 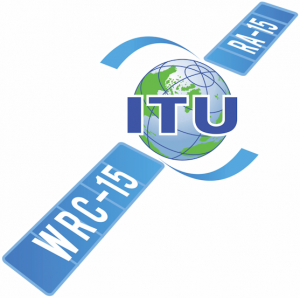 That’s difficult to say, in any case it will be a considerable challenge for all of the conference participants. Fundamentally, suggested solutions must be supported by a sufficient number of participating radio administrations. Moreover, even if you try to get an alternative PMSE frequency range that has a half-way decent quality, you have to accept that others will want it too – and they may be able to invest more resources behind the scenes: money and staff for the essential lobby work. Like the GSMA, the international industry association of mobile phone providers, which is significantly more powerful and older than the APWPT.

If lobbying plays the central role: is the WRC just for show, because everything has been hammered out in various back rooms in advance?

Certainly not. Of course, powerful companies and associations are working in the background. The countries involved also try to win allies in advance – each within the confines of the resources at its disposal. But in the end, new alliances are constantly being formed at the conference. Despite all of the preparations, you have to stay on the ball there and respond quickly to changing constellations. Down to the “last half hour” there is always the possibility that decisions already taken will be overturned.

How much influence does Germany have at the WRC?

To be honest: Germany is an active and recognised WRC participant, but unfortunately not the only country that shapes the WRC. There are other powerful nations, too, such as the USA, Russia and France. It is therefore all the more important for Germany to find allies in advance. Africa alone is likely to have as many as 53 participating countries and therefore that number of votes, while Europe as a whole has a maximum of 48. It is therefore important to seek alliances in the Arab world and in Africa. In any case, I doubt that Europe will speak with one voice at the WRC. Certainly, the European countries have some common ground which has been coordinated in detail before the conference – speaking out against a “Digital Dividend 3”, for example. That was also the case in 2012, however, and at the conference a series of nations ultimately followed a quite different strategy. In addition, international interest groups frequently form at the WRC on the basis of shared traditions or language.

In 2012, you were part of the German delegation for the first time. How is it composed?

The German delegation, with around 70 members, is now relatively large and in my view it does solid work. Many of the members only take part at certain times, so about 30-40 people will be on the ground at any one time. The delegation is led by representatives of the Federal Ministry of Transport (BMVI). The BMVI provides information on its homepage. The formulation it uses reveals the size of the challenge ahead: “It is a matter of ensuring, among other things, that fast and cost-effective usability of the 700 MHz band with simultaneous protection of terrestrial radio in the frequency range below 694 MHz is guaranteed and that a sufficient number of frequencies are preserved for the use of wireless production technology (microphones and cameras)”.

The German delegation has prepared intensively and agreed on a distribution of work on the 8th of October. Experienced staff from the Federal Network Agency (BNetzA) usually lead on the main points in the German delegation. They are supported by delegation members from the mobile phone sector, aircraft radio, radio astronomy, radio, amateur radio and expert advisers, among others. Of course, they are involved in a lively exchange of views with delegation members from other countries. In many cases, cross-delegation networks exist even before the conference starts – not least because of the countless preparatory meetings and committee sessions before the WRC.

Can the APWPT also build on an international network for wireless production methods? 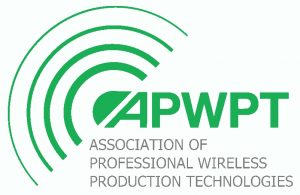 Yes, of course. The APWPT is an international association, some of the members of which are so-called ITU-R “Sector Members”[7], although others are integrated into national delegations at the WRC 2015. The European Broadcasting Union (EBU) and the Institute of Radio Technology (IRT) are examples of this. The APWPT and its member organisations have also visited and provided information to many national administrations in advance of the WRC. You meet up again at the conference, you know one another and you are able to talk more easily. A number of radio administrations also worked on the JTG 4-5-6-7 study and were, therefore, able to develop or extend their knowledge of PMSE considerably. Overall, this is a very positive basis for reaching effective solutions. Nevertheless, we are a long way from calculated optimism – the task to be addressed at the WRC 2015 is too great.

Can you give us a brief outlook beyond the WRC 2015? What adjustments will PMSE users have to make in future?

Wireless production methods play a crucial role as an essential tool in the culture and creative industries. The considerable significance of this sector to the economy along with employment and prosperity is also being recognised by more and more countries throughout the world. Nevertheless, attempting to secure usable radio frequencies and an alternative radio spectrum for lost frequencies will take us many years. We will have to bring considerable resources to bear to complete the work ahead of us in the long term. Personally, I cannot see any other way. All of the companies and associations in the creative economy and all other organisations who want to see their interests protected in relation to wireless production methods should join the APWPT. We are only strong if we are united and the APWPT is the only non-profit representative of PMSE interests that operates at an international level.

[6] ITU-R refers to a specific organisational unit of the International Telecommunications Union (ITU): the so-called Radiocommunication Sector. Its main role is to allocate frequency ranges to radio services at international level.

[7] ITU-R refers to a specific organisational unit of the International Telecommunications Union (ITU): the so-called Radiocommunication Sector. Its main role is to allocate frequency ranges to radio services at international level. The “Sector Members” are non-state member organisations of the ITU from radio, private business and the scientific community.